Social media is taking over every sector of mankind. Whether it’s grocery or pharmacy, social media has a strong foothold everywhere. And with this emerging social media usage, scientists are widely driving towards it. According to researchers, a huge percentage of scientists use social media for different research works as well as enhancing their knowledge over the latest discoveries and discussions.

As per surveys, Facebook, Twitter, ResearchGate, and LinkedIn are top-notch social media platforms that receive the highest number of scientists as well as engineers.

However, the concept of social media is still quite new to scientists as it is often considered for fun and lifestyle. But with its incredible glamour around, social media is very beneficial for increasing our knowledge of news happening around the world. And that’s why, in this article, we have discussed the significance of social media for scientists. Let’s get started!

Importance of social media for scientists

Among all people, the number of scientists over social media is quite low as compared to the general public or business sector. Scientists conventionally prefer their study, but this often holds them back from discovering a new perspective of things. Moreover, it provides a convenient way of interacting with different intellectuals and professionals from all categories.

The best scientific social media are considered ResearchGate, Academia, Labs Explorer, and Mendeley. But besides these significant social media platforms, Facebook or Twitter also works pretty well for scientists. They just need to know where to find what they are looking for.

Advantages of social media for scientists

There are dozens of social media platforms that work incredibly for scientists. Among these, Facebook, Twitter, and LinkedIn are proven to be immensely best for scientists. As there are tons of scientific and research pages on Facebook that provide their followers with incredible scientific facts and knowledge. It’s a sort of digital community for people with common interests.

LinkedIn generally focuses on the high-profiled experts and professionals. That’s why LinkedIn is more famous among scientists. It acts as the digital equivalent of lab meetings or conversations.

Twitter, on the other hand, helps scientists in interacting with their fellow scientists. Moreover, it also provides links and tweets related to relevant articles and happenings.

●    Good Strategy: Before getting started with social media, you need to know what aims and objectives you want to achieve from social media. This helps us build up a good social media strategy for you.

●    Platform Specialisation: Deciding on a specific and most relevant social media platform helps you a lot in staying updated.

●    Optimizing Contents: Social Media helps you a lot in developing your skills by optimizing distinct content. That’s why we majorly focus on the contents.

Many intellectuals and scientists prefer social media over enhancing their knowledge and facts. The possibilities of social media in the upcoming future are quite captivating. It offers access to immense research and scientific contribution.

It helps the scientists in boosting their social Circle and network to interact with experts of different fields. Social media works amazingly in keeping a person updated, and for scientists, its future possibilities are quite enriching. 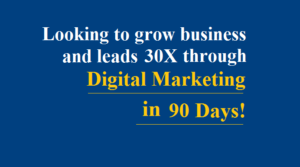 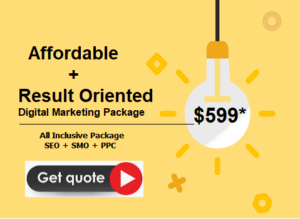 Open chat
1
Struggling to reach Potential Customers?
Get an exact Blueprint on how to increase your Leads and Sales in 90 Days.
Powered by